He pulled into our drive here at the 4DH mid-afternoon Saturday. It’s been almost ten years since he was here last but we talked like it was yesterday. He makes a living on the road as a singer/musician and is one of the best songwriters I know. Call them Cowboy songs, Folk or Americana, he sings songs about the real people he meets along the way. Each and every song is filled with his keen observations.

Traveling 4 months at a time across the U.S. sharing songs and stories, he is one of the last true traveling troubadours. We put him up for the night and in return he performed a house concert for us and our friends. We ate, listened to him play guitar and sing his original songs and we learned American history and trivia about those he writes about. The evening left us all a little wiser about our distant neighbors and a little more reflective about how we are really not so different after all.

Sunday morning we took him to breakfast at the truck stop where we chatted and people-watched. After breakfast we said good-bye in the parking lot to the sounds of big trucks and traffic. It reminded me of the lyrics of one of his songs where he wrote of meeting an old Cowboy in a truck stop. His song ‘Never Come Again’ was featured in Oklahoma in 1997 at the dedication of the last trail marker set as a memorial along the old Chisholm Trail. Below is an excerpt from this exceptional song.

As I watched him drive away it occurred to me that there is a song about him out there on the wind and somewhere along the road the lyrics will write themselves. Thank you, Kerry Grombacher, for your gift of music. Travel safe and remember there is always a meal and bed with your name on it in our home.

In his dream the range was wide and free, there was room enough for all
Springs were running clear again and the grass was sweet and tall
You could ride to the horizon and your path was straight and true
And a man's word was his bond then and his name was all you knew

I could taste the dust he raised when he rode the Chisholm Trail
Pushing cattle into Kansas where the prairie met the rail
I could feel the loneliness, and, Lord, I knew the pain
And time that passed the cowboy by will never come again
Never come again - never come again”


*From more about Kerry Grombacher/ http://www.kgrombacher.com/ 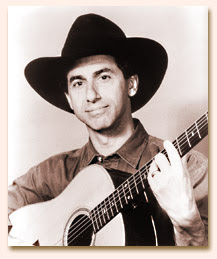 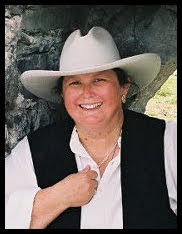